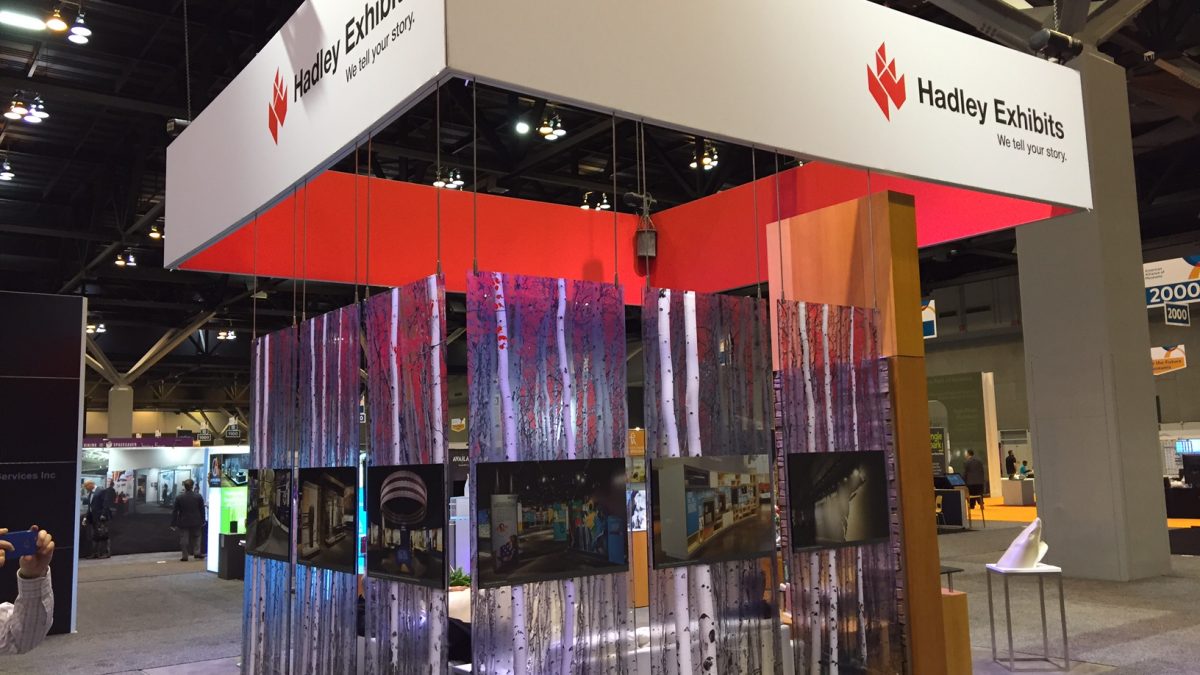 The History of Hadley Exhibits

The story of Hadley Exhibits begins in 1900 when Norman Fisher Hadley is born, the 7th child in the eventual family of twelve.  After serving in the US Marine Corp during World War I, Norm studied at the Albright Art School in Buffalo, NY graduating in 1923 and beginning his marketing career.  Norman started his family of six, while also starting his career between Buffalo and New York City.  In 1932 he purchased International Displays, reopening it as Norman Fisher Hadley Advertising Displays in the same year at 7231 Seneca St, keeping his family in the Buffalo area.  Sixteen years later, in 1948, Norman Hadley moved his company to 631 Fargo Ave, where it went through several name changes – Hadley Display Co., Hadley Displays of Buffalo, and finally Hadley Exhibits, Inc.

In 1959 David I. Johnson moved his growing family of six, from Alexandria, VA to Buffalo, NY to join Hadley Exhibits and work with Norman Hadley.  David Johnson was originally from the Buffalo area, and had become an accomplished exhibit designer in his own right.  In 1961 when Hadley Exhibits became incorporated, David I. Johnson, and Norman’s son, David Hadley, both became partners with Norman.  David Hadley had followed in his father’s foot steps and joined the US Marine Corp in 1945, and then returned to the Buffalo area to start his family and work at Hadley Exhibits.  Only three years incorporation, in 1964, did Norman Hadley decide to retire to devote himself full-time to painting, and after just two more years, in 1966, the David’s moved Hadley Exhibits, Inc. to 1950 Elmwood Ave, where it stayed for 34 years.

In 1977 David Johnson’s son, Ted Johnson, joined the company starting in building maintenance while attending college.  Ted continued working for Hadley Exhibits, working his way up along the way, while he also started his own growing family of seven.  In the 1980’s David Hadley sold his remaining stake to David Johnson, who ended up sharing his ownership stock with his four adult children, while maintaining control himself.  In 1999 Hadley Exhibits purchased their current building at 1700 Elmwood Ave and over the next two years organized a phased move in, allowing for customization of the space which continues to this day.  In 2018, Ted Johnson purchased his father’s stock in Hadley Exhibits, becoming the majority stock holder, after being the President and CEO for the last decade.

To this day there is still a connection to the original Norman Hadley throughout the company – from his paintings in the office, to even his family that still works at Hadley Exhibits.  There are generations of families that have continued their journey with Hadley Exhibits, passing on the passion for art, history, marketing, and more.